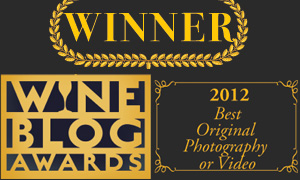 30a TV will add Wine Oh TV to the lineup of interesting original programming both online and on 30a TV Roku Web TV distribution. Monique Soltani is the Founder and Host of Wine Oh TV. Monique is a seasoned journalist with over ten years experience working in broadcasting. Monique has worked in newsrooms across the country including: KPIX-TV/CBS 5, KNTV-TV/NBC 11, KSEE-TV/NBC 24, KCBS-TV/CBS 2, KGTV-TV/ABC 10, and KPVI-TV/NBC 6. Monique is also a trained SAG/AFTRA actor and studied at The Groundlings, Warner Loughlin Studios and The Atlantic Theater Company.

"This is an exciting opportunity for Wine Oh TV, said Monique, The 30a area is a hub of wine enthusiasts, as shown by the many well supported wine festivals and events held in the area. I hope that the 30a Television viewers will find our wine country coverage educational, entertaining and engaging!”

Monique Soltani has a certification from the Court of Master Sommeliers, was a wine judge for the 2011 and 2012 International Women's Wine Competition, and has interviewed over one hundred winemakers and counting!


30a Television founder Paul Vizard said "This is a fantastic partnership for 30a TV. Monique is right on the connection between South Walton, 30a and wineries in Napa and beyond. Our coverage of local events does connect us to the Napa area, and there is a synergy between the visitors to this area and Wine Country. I am very pleased to add Monique's talent and Wine Oh TV programming to our line up."

About 30a Television
30a.TV is a leading provider of hyperlocal TV programming, broadcasting to 155,000 homes and businesses airing on Mediacom and Comcast, Roku with 3 million subscribers, and worldwide at www.30a.tv

About Roku Inc.
Roku is a leading streaming platform for delivering video, music and casual games to the TV. Over 3 million Rokus are in American TV households. Roku streams more than 700 entertainment channels to millions of devices, and was founded by Anthony Wood, inventor of the DVR..