Wurst Mondays Ever at The Bay 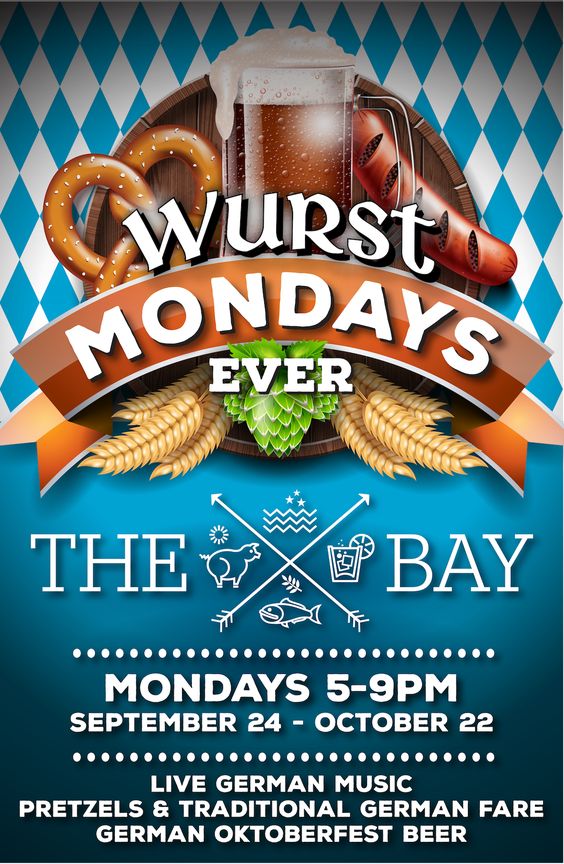 Wurst Mondays Ever at The Bay
The Bay Restaurant in South Walton Celebrates Oktoberfest in True German Fashion
The Bay restaurant in South Walton will offer traditional German fare, live German music and German beer every Monday from September 24 through October 22, 2018 from 5-9PM. The Bay encourages people to dress up in German garb and come by for an Oktoberfest party on the beach by the bay. The first annual “Wurst Mondays Ever” will serve as a celebration of German culture and cuisine.
ABOUT THE BAY: A gem sitting directly on Choctawhatchee Bay at the southern foot of the 331 bridge, The Bay is Chef Jim Shirley’s waterfront hot spot. The family-friendly restaurant features mouth-watering Southern gulf coast cuisine, sushi, a 12-draft beer system, excellent wine selections, and inventive bar-crafted cocktails. Table and bar seating is available inside and outside on the deck overlooking Choctawhatchee Bay.

Wurst Mondays Ever at The Bay

Mother’s Day Brunch at The Bay

Santa on the Dock of the The Bay