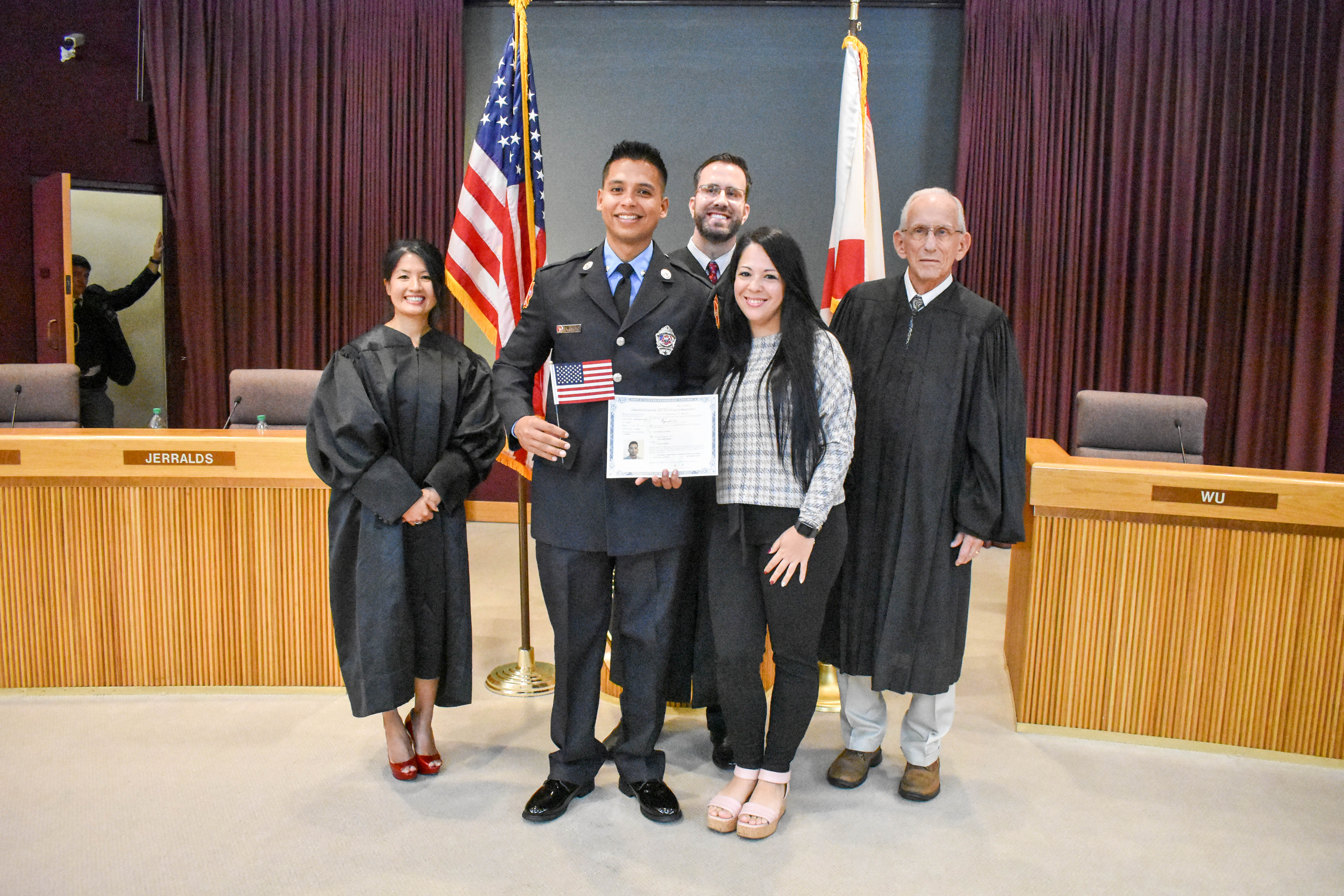 WCFR FIREFIGHTER/PARAMEDIC BECOMES U.S. CITIZEN PENSACOLA, Fla— Today, a Walton County Firefighter/Paramedic achieved what many call the American Dream. 🇺🇸♥️ Walton County Fire Rescue Firefighter/Parademic Alejandro Osorio became a U.S Citizen today during a Naturalization Ceremony in Pensacola. The honor came less than a month after swearing-in as a part of the Walton County Sheriff’s Office family. “The best moment was holding the certificate in my hand,” said Osorio. “To me, it’s not just a piece of paper. To me, it’s my ticket to a second chance at life.” Born in Colombia, Osorio came to the United States at the age of 18 when his father brought him to Hollywood, FL to live with his grandmother. “I was raised in a low-income family in Columbia,” said Osorio. “The opportunity to come to the United States is the best thing that’s ever happened to my family and me.” He went to work and put himself through school at The Broward Fire Academy. Osorio was among 81 others representing 38 countries to take the oath of an American Citizen. Please join us in congratulating Alejandro on achieving a life-long dream