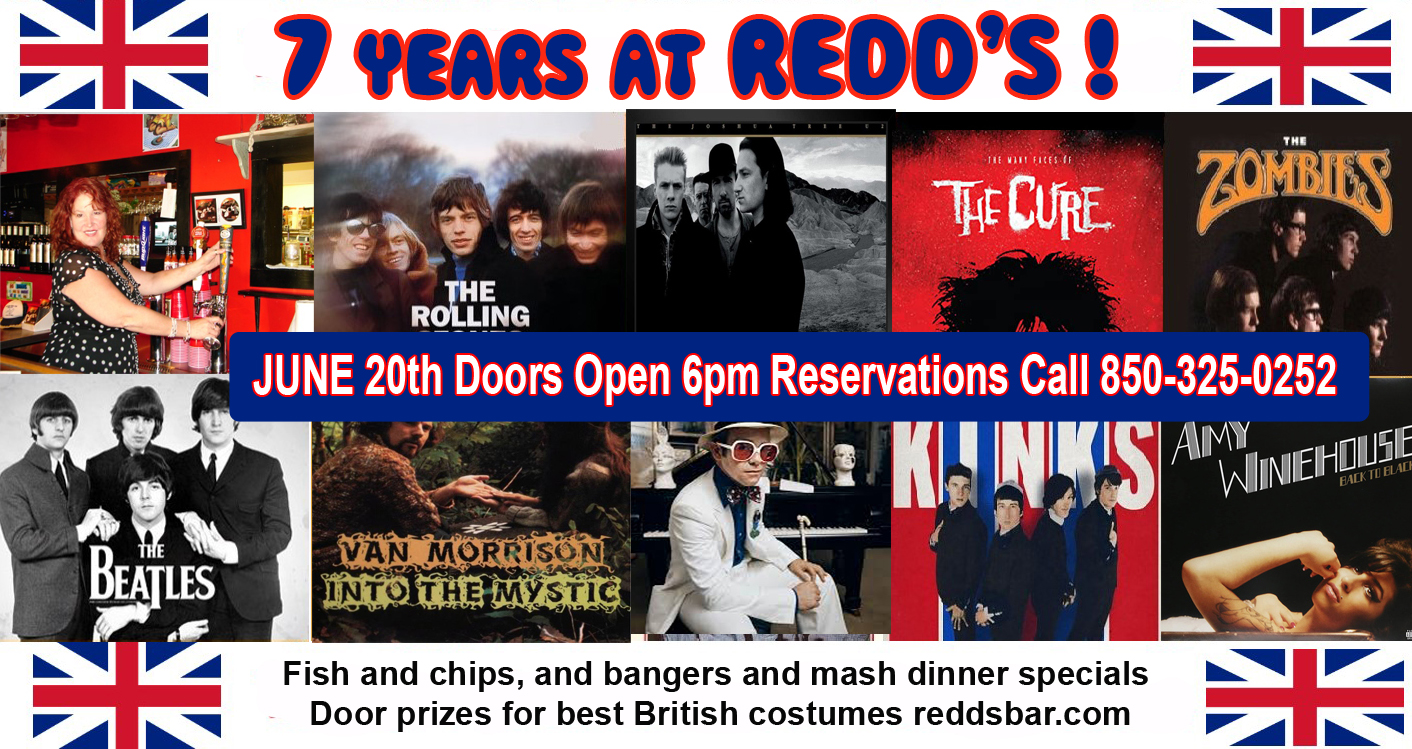 SANTA ROSA BEACH, FL, — June 20th marks the 7th anniversary for Redd’s Fueling Station restaurant. Redd will be the Singing Bartender that Saturday night, singing song requests based on “British Invasion” artists and bands. ”Hard to believe it’s been 7 years already, but here we are, said Redd. It is going to be a whale of a celebration, and a big thank you to the regulars and newbies that have been so supportive. I hope everyone dresses up with outfits like Elton John or the Beatles, or an Amy Winehouse wig, you get the idea”. Dinner reservations are highly recommended, due to limited space, by calling 850-352-0252. Each guest on the night will receive a commemorative color changing cup, and there will be random door prizes for best costume. Located behind the gas station called Sally’s by the Sea Store in Blue Mountain Beach FL, the unique concept of a singing bartender has been the surprise of the beach, but is also a great live music venue. There is a Singer Songwriter Open Mic Wednesdays, and Fridays is always a different band each week. The show doesn’t stop there, the food menu is all made from scratch in house, and with a funky speakeasy atmosphere, Redd’s Fueling Station has become one of those “must visit” locations on the Scenic Highway 30A stretch. For more information on the event and Redds Fueling Station, visit www.reddsfuel.com or www.facebook.com/reddsbar or call 850-325-0252 Redds Fueling Station Blue Mountain Beach Florida 850-325-0252 reddsings@gmail.com www.reddsbar.com