Category: Nothing Scripted1.Intro: Hashtag #NothingScriptedTV on Instagram, FB and Twitter 2.Two minutes WITHOUT Teance….Hydration word of the Day! 3.Crazy News this week: a.North Korea accidentally hit one of its own cities with a missile… b.Fire Breaks Out At Hillary Clinton’s Home In Chappaqua. Wonder what kind of evidence she was getting rid of… c.Oregon is in a post apocalyptic nightmare. See Memes. d.FREAKING SNOW as far south as the big bend IN FLORIDA. e.2018′s first arrest: According the Walton Sun, The area’s first arrest, made by Walton County Sheriff’s Office, was at 12:45 a.m. on Jan. 1. The suspect was a 51-year-old DeFuniak Springs man who faced deputies while holding a bottle of vodka and declaring allegiance with the Confederacy. “I am a Confederate soldier and I will fight anyone,” Gary Lamar Bowers said, according to his WCSO arrest report. He and his son had been in a fight and he had blood on his pants and feet. His son told deputies that his father had tried to stab him with a large sword, but missed by 2 inches and stabbed the bathroom wall instead. Neighbors told deputies that they’d been treated to a firestorm of profanity and that he’d thrown his own front door into the yard and destroyed it with an ax, the report said. “Arrest me, I dare you,” he told deputies. “Take me to the crazy house. I’m a bad (expletive). I will kill my son when and if he comes back.” Bowers had invited his son to the home, the deputy noted. Bowers was charged with breach of the peace and assault with intent to commit a felony. 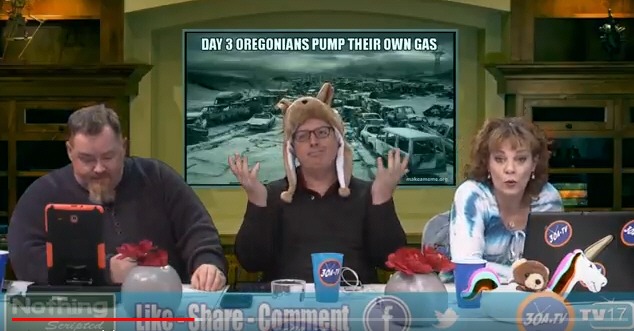