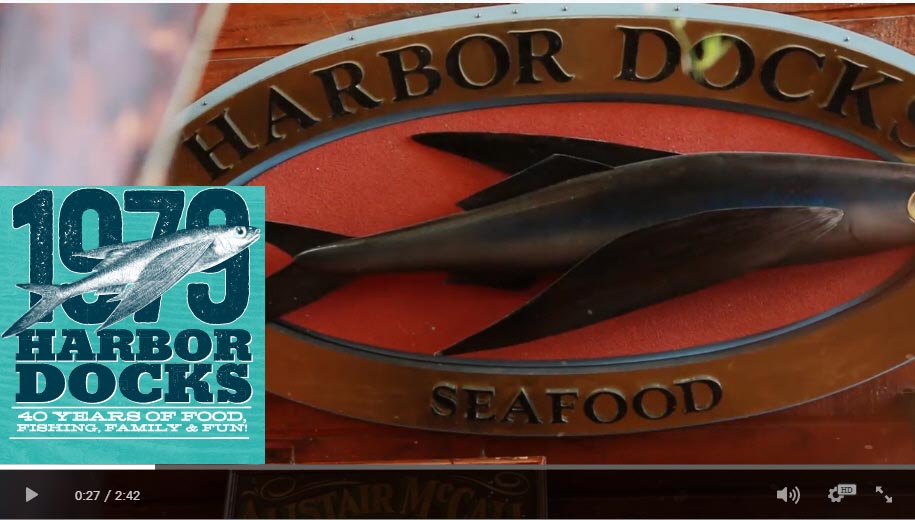 Iconic Destin #restaurant established on July 4, 1979 On July 4th, Harbor Docks will officially reach forty years in business. What started as one little cottage and six picnic tables has become an iconic Destin landmark for food, family, events and more. Harbor Docks was founded in 1979 by Charles Morgan, still five years before Destin would become an incorporated municipality. Throughout the years, the cottage expanded significantly, with the addition of two buildings and the seafood market. The restaurant remains in the original location, right on the Destin #Harbor. The walls are lined with unique treasures – photos, stories, awards, prize fish and other precious relics that have taken place over the past 40 years. A family-owned business, Harbor Docks is centered not only around fresh, local seafood, but also the loyal staff that has given a part of their lives towards making the restaurant what it is today. Harbor Docks has five employees that have been a part of the team for over thirty years, three employees that have over 20 years tenure and three with over ten years. The staff members are, and always will be a part of the restaurant’s story. Harbor Docks has built a tradition of bringing the community together through more than just the dinner table. They have hosted their annual auction and golf tournament for over 30 years to help raise funds for their annual “Take a Kid Fishing Day,” which has allowed a total of over 7,000 local children to experience a day on a charter fishing fleet, learning about a very important historic and economic aspect of #Destin. Each year for Thanksgiving, the team comes together to cook an incredible Thanksgiving feast, open to the public for no charge. Many community members graciously donate to support local charities that are dear to the Harbor Docks’ team, like Destin Harvest and Habitat for Humanity. In 2018, Charles Morgan officially passed the reigns of the restaurant to his oldest son, Eddie, who plans to carry on the family tradition. Eddie had been fully managing the restaurant for several years, but the father/son team made it official when Charles sold the restaurant to Eddie last year. “I grew up in the restaurant and it truly feels like home to me. So, I’m honored to continue the tradition that my father started,” said Eddie Morgan. “Destin has changed a lot over the years and will continue to. But Harbor Docks will still be here in the heart of the Destin – too many people, it is the heart of Destin.” The community is invited to commemorate the 40th anniversary of Harbor Docks with a special celebration on the restaurant’s actual birthday – July 4th! Guests will party like it’s 1979, as the restaurant will bring back several original menu items and selling Budweiser at the original price of $1! Live music kicks off at the dock bar at 4:00 pm featuring Austin Jennings, followed by Cadillac Willy and of course, a fireworks display pops off at 9:00 p.m. This celebration is free to attend and friendly for all ages. Harbor Docks also plans to announce another anniversary event that will take place in the fall. For more info, go to www.harbordocks.com or find Harbor Docks on Facebook, Instagram and Twitter