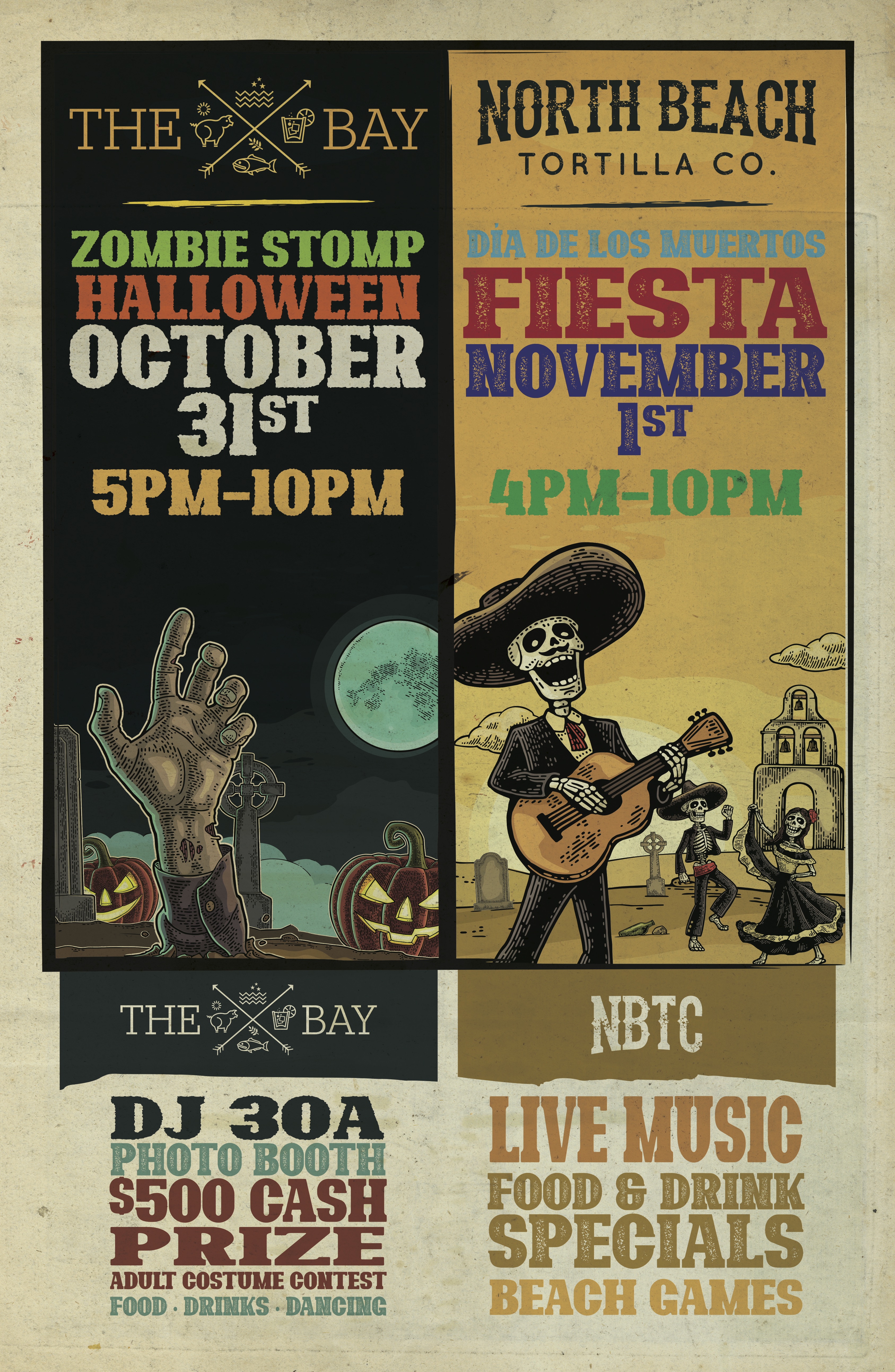 6th Annual Halloween Zombie Stomp at The Bay and Inaugural Día de los Muertos Fiesta at NBTC
The Biggest Halloween and Day of the Dead Party in Town is on the North Beach of South Walton
The Bay restaurant in South Walton will hold its 6th Annual Halloween Zombie Stomp on October 31, 2019 from 5-10PM. Adults are invited to join the costume contest during the night anytime from 7-10PM.
The winner of the costume contest will take home $500. There will also be second and third place prizes. Our judges will announce all the winners around 10PM (must be present to win). Guests will dance the night away on the beach with DJ 30A and hop in the photo booth to commemorate the scariest night of the year.
On November 1, 2019 from 4-10PM, North Beach Tortilla Co. will host its first ever Día de los Muertos (Day of the Dead) fiesta.
This event will feature live music, food and drink specials, and games on the beach. Dance, drink and eat as you honor loved ones who have passed away.
About The Bay:
A gem sitting directly on Choctawhatchee Bay at the southern foot of the 331 bridge, The Bay is Chef Jim Shirley’s waterfront hot spot. The family-friendly restaurant features mouth-watering Southern gulf coast cuisine, sushi, a 12-draft beer system, excellent wine selections, and inventive bar-crafted cocktails. Table and bar seating is available inside and outside on the deck overlooking Choctawhatchee Bay.
About North Beach Tortilla Co.:
North Beach Tortilla Co. is a waterfront taco bar located at the foot of the 331 bridge in South Walton. The restaurant features a large beach, a dock over the Choctawhatchee Bay, games for guests, authentically prepared Southwestern and Latin cuisine and a full bar with over 100 tequilas.

Oktoberfest at The Bay Promises to be an Authentic German Event