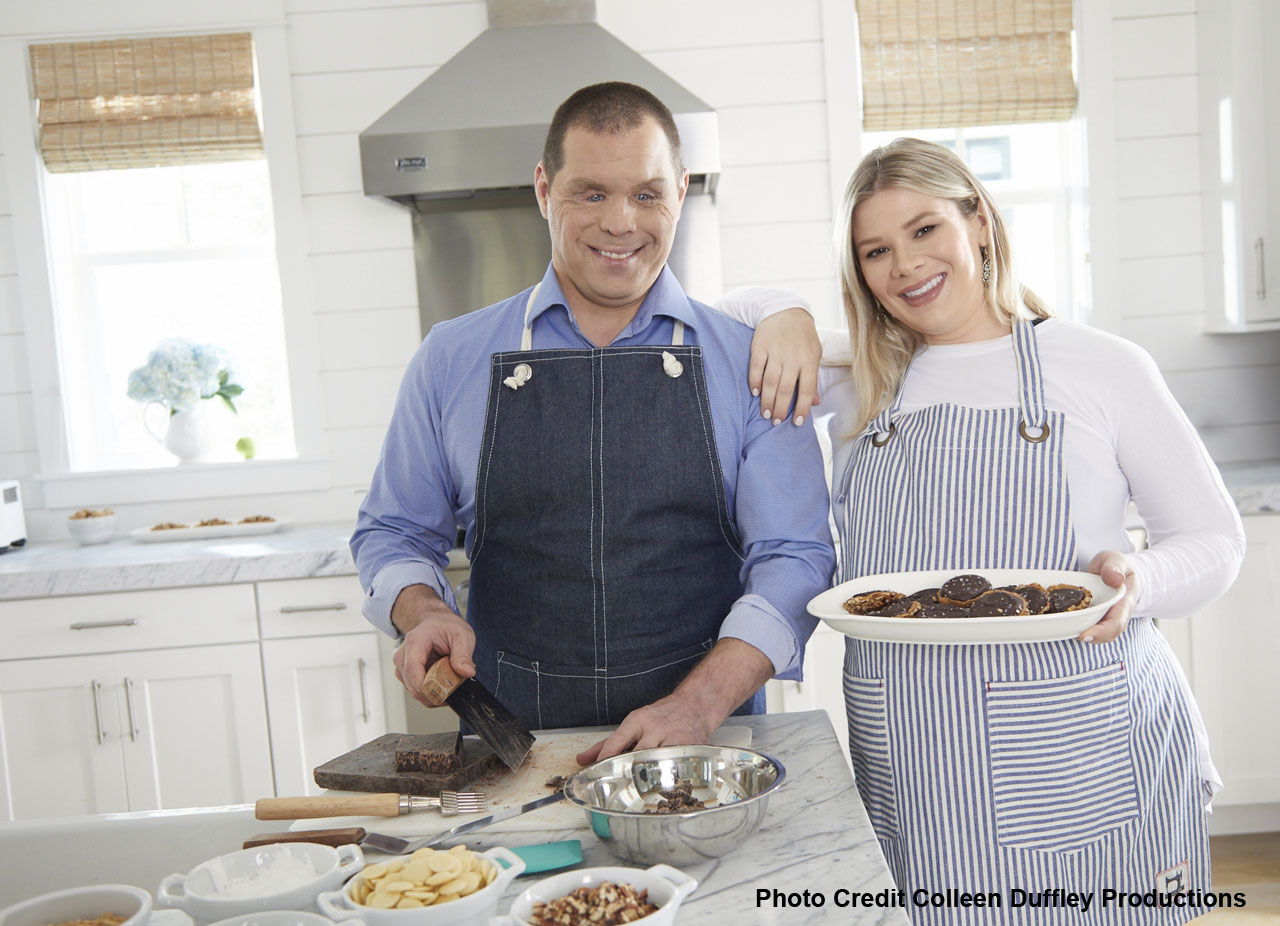 SANTA ROSA BEACH, FL, From a war hero to your hero, is there any better way to say “Thank you Dad” on Father’s Day than with a box of chocolate fudge from E.O.D. Handcrafted Confections? For the fella whose heart burst from its chest cavity the moment he held you, E.O.D. Confections are the sweetest gift any father could receive. Liza Minelli said, “My mother gave me my drive, but my father gave me my dreams.” What’s your father’s greatest gift to you? E.O.D. Confections co-founder, Aaron Hale, might say his father instilled in him a fight-for-all-that-matters mentality. From a blinding bomb blast to spinal meningitis to the surprise news last year that two babies were on the way, new mom, business partner and Hale’s wife, McKayla, recalling a line from Forrest Gump, says “My staff-sergeant-turned-master-chocolatier husband is living proof that ‘life was like a box of chocolates. He’s never known what he was gonna get.'” Nearly eight years ago, Hale, an EOD technician at the time, was blinded and injured severely in Afghanistan when an improvised explosive device (IED) detonated. Portrayed in graphic detail in the film The Hurt Locker, Hale was a trained and experienced expert in destroying and disabling unexploded ordnance, IEDs and weapons of mass destruction. Hale’s unit, the 760th EOD, had completed 1,100 counter-IED missions and Hale estimates that he had personally disabled as many as 50 explosive devices during his last tour. On December 8, 2011, SSG Hale approached an IED he was working on robotically when, at 30 feet away, a second, unforeseen device detonated and sent shrapnel everywhere. Hale’s facial bones were broken, he had severe burns on his face and upper thighs, a cracked skull with leaking spinal fluid, a near-severed carotid artery and he had lost his eyesight. Resilient and resolute, the soldier recovered from a myriad of surgeries and began running. Hale says, “Before I’d run my first 5K I’d already signed up for four marathons in four months.” Running, white water kayaking, and climbing motivated Hale. On a trip to Colorado with a team training for Mount Kilimanjaro, Hale and the others climbed three 14,000-foot peaks in one day. On his return to his Santa Rosa Beach, Florida home, his bomb blast injuries reared up making way for bacterial meningitis. Within inches of losing his life, Hale was completely deaf two weeks later. Hale remembers, “It is the loneliest feeling to be trapped in your body even with your loved ones all around you.” Hale has regained some of his hearing with the help of Cochlear implants. Affectionately, he says about his girlfriend-turned-wife and co-founder of E.O.D. Confections, “Thank God for her.” McKayla had devised a way to communicate with Aaron by inscribing every letter of every word in the palm of his hand. Tempered by the distraction that baking provided, the road to recovery became less silent and dark when Aaron turned his interests to an earlier passion. You see, in his first enlistment as a Naval officer, Hale had been a chef for the admiral and guest dignitaries of the 6th Fleet, which operates out of Naples, Italy. A proven master of career reinvention, the 8-year Navy veteran turned 6-year Army veteran of one tour in Iraq and two in Afghanistan, the sightless and nearly deaf Hale reignited his love of cooking. When neighbors offered to buy more of the surplus sweet treats that McKayla spirited away at Thanksgivings when Aaron baked too much, the Hales turned his love of baking into a confections business. E.O.D. Confections has grown from a hand-crafted fudge-making home operation into a commercial enterprise with corporate clients, online sales and other development plans in the works. Married in October 2017, the Hales are proud parents to identical twins Wyatt and Owen, born on April 25th. Aaron also has an eight-year-old son from a previous marriage. With a nod to fellow E.O.D. technicians and their families, Aaron and McKayla Hale founded E.O.D. Confections in 2015 with a curated assortment of handcrafted fudge from their home kitchen. Today, the company sells fudge, chocolate confections, candied apples, pecan pie tarts chocolate and pecan caramel glazed popcorn, sea salt gophers, sea salt caramels, nuts and more. For more information, visit the website. E.O.D. Confections and the Hales’ story has been featured on Fox News Radio, Lauren Simonetti’s podcast We’re Momming Today; Fox Nation’s Building Homes for Heroes series; FOX Business’ Countdown to the Closing Bell with Liz Claman; WJHG TV of Panama City, 30A Television, and VIE Magazine. Photo Credit http://www.colleenduffleyphotography.com/ 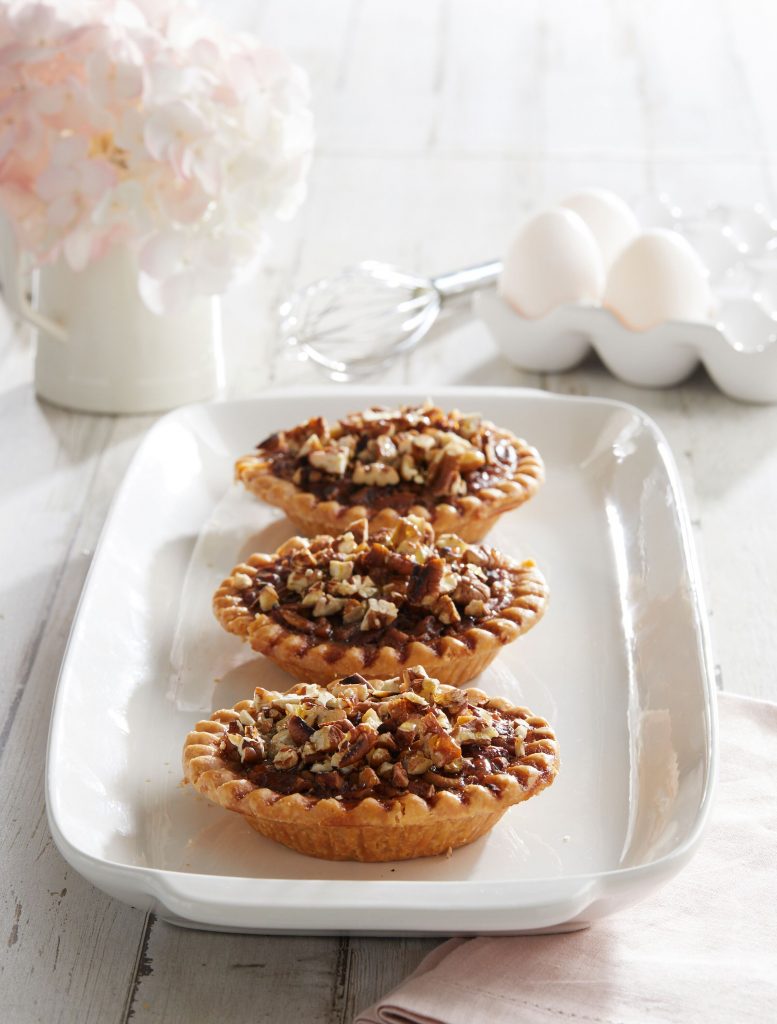 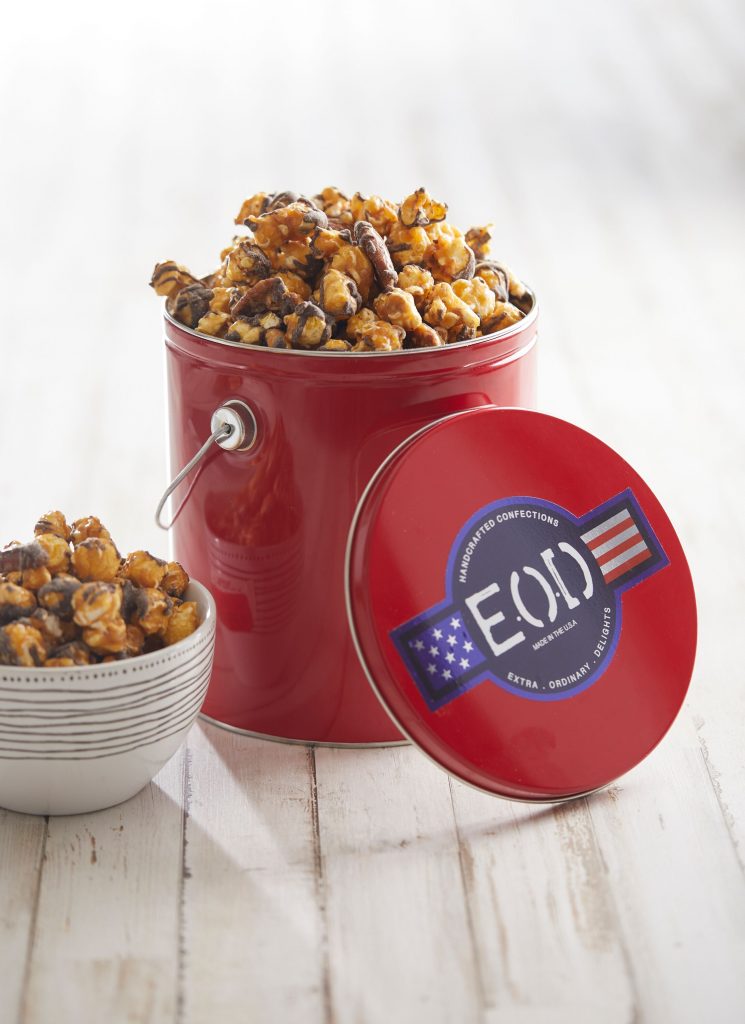 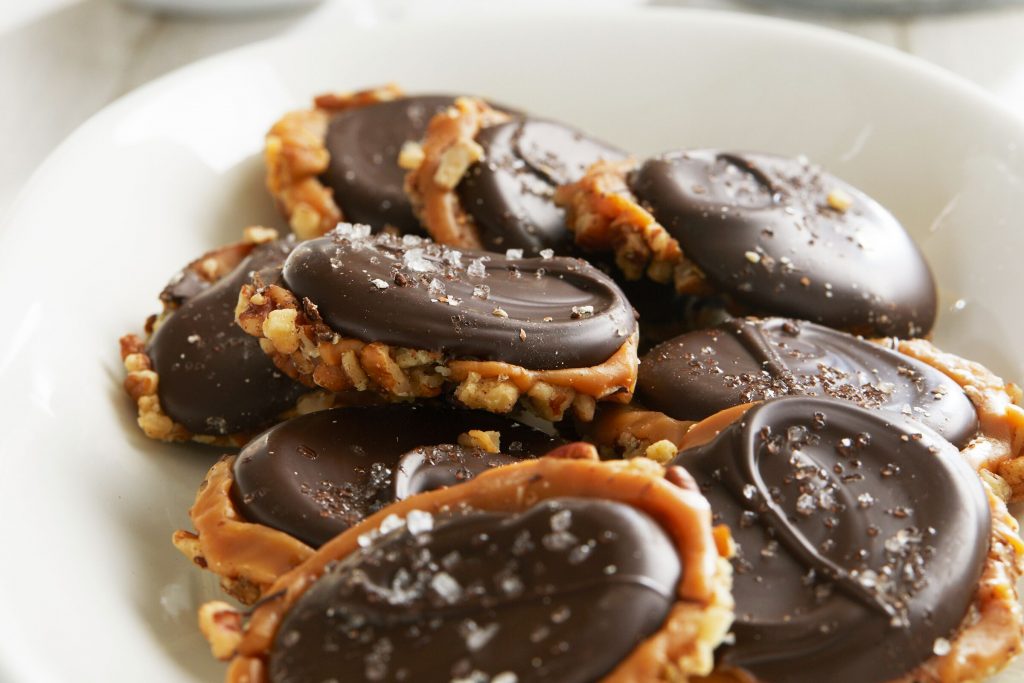