Welcome to the show! Sponsors Paula stuff. Hydration word Paul’s jokes this week…. Paul Mentioned something at Redd’s the other night, but I cannot remember what it was…I had had a few beers. Setting the mood video. How Wes’s week went. The week in News: Activist Glues Her Breasts To The Road In London Protest Mobster Whitey Bulger’s official cause of death finally revealed, six months after he died in prison Florida Man card game: More than $15,000 was raised for production You had one job: Road crew misspells ‘school’ on crosswalk Orange County man arrested after pipe bomb lands in neighbor’s yard Woman spray paints neighbor’s truck because she was sick of seeing it in street, deputies say Easter Bunny gets into fight in Orlando…need to show video on this one. The Most Perfect News Story Ever….wait for intro to reveal Meth smoking Florida man attacks mattress in jealous rage, deputies say New segment — India Man — Headlines and stories from our friends at a call center Cardboard cops control traffic unless raining Police lose password to web portal for 8 years Monkey Goat arrested Parrot Arrested 3 year old arrested for armed robbery – According to her parents, the attempt to incarcerate her was not the first time she had been accused of armed robbery – charges had been registered a year earlier when she was two years old. Uncle Wes’s Spanish Lessons continued Phrases you SHOULD NOT USE: TU HABLAS mexican Esta es mi primera vez en Centro o Sudamérica. ¿Cuanto dinero ganas? Estupido Darse prisa Using Tu with an older person or Usted with anyone younger than 50 Tu Madre es una punta 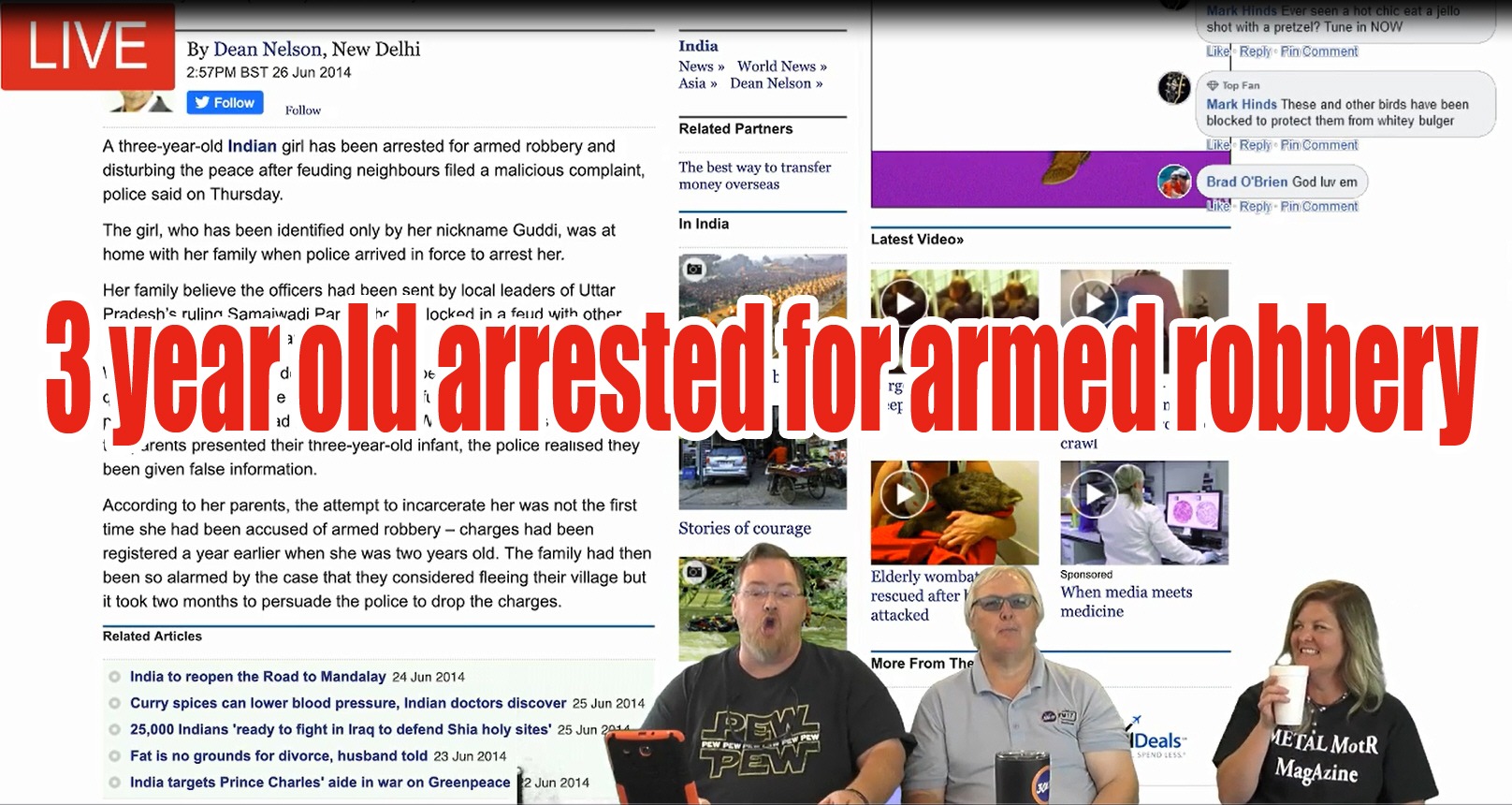