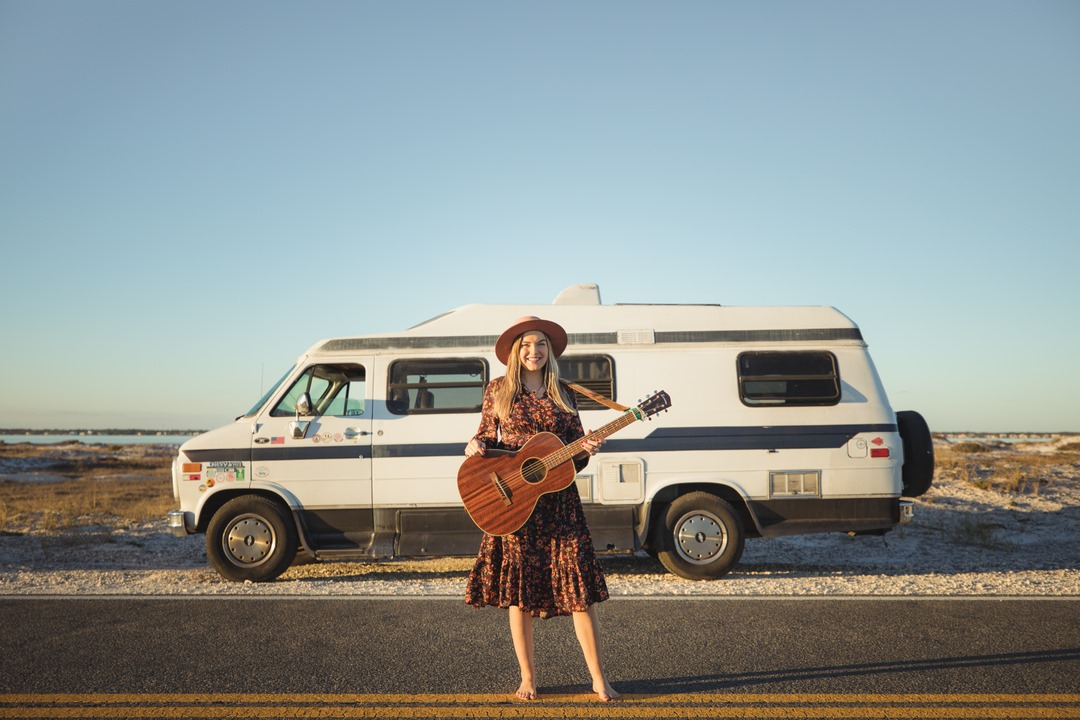 Based in Nashville, Tennessee and Northwest Florida, singer/songwriter Jessie Ritter plays a heartfelt brand of country-pop with a breezy, romantic feel and plenty of charm. While studying music at Belmont University in Nashville, she released her EP Stories Told. Ritter then cut her teeth on the cruise ship circuit, releasing her debut album, Coffee Every Morning in 2018. After winning NashFM 105.5’s regional Nash Next competition, she represented the Florida Panhandle in the finals, beating out over 800 contestants to be named the 2018 Nash Next winner. She gained national recognition and a record deal with Big Machine (home to heavy-hitters like Taylor Swift and Florida Georgia Line) making her label debut in May 2019 with the single “Nothing But You.” She then swept the 2019 Northwest Florida Beachcomber awards taking home eight titles including: Musician of the Year, Album of the Year, Best Original Song, Best Country Artist, Best Singer/Songwriter, Best Solo Artist, Best New Artist, and Best Female Vocalist. Opening slots for Eli Young Band, Hunter Hayes, Easton Corbin, and Runaway June followed, as well as featured performances alongside hitmakers at songwriter festivals across the southern United States. A native of Cape Girardeau, Missouri, Ritter grew up on her family farm listening to country radio and absorbing the sounds of artists like Lee Ann Womack, Shania Twain, and Miranda Lambert. She is continually inspired by her favorite writer/performers: Lori McKenna, Natalie Hemby, and Cam. Touring heavily through the Midwest and Gulf Coast regions, Ritter released her newest soul-stirring single “Home” on November 13, 2020. The music video followed the next week letting you see even deeper into the home and heart of Jessie Ritter.