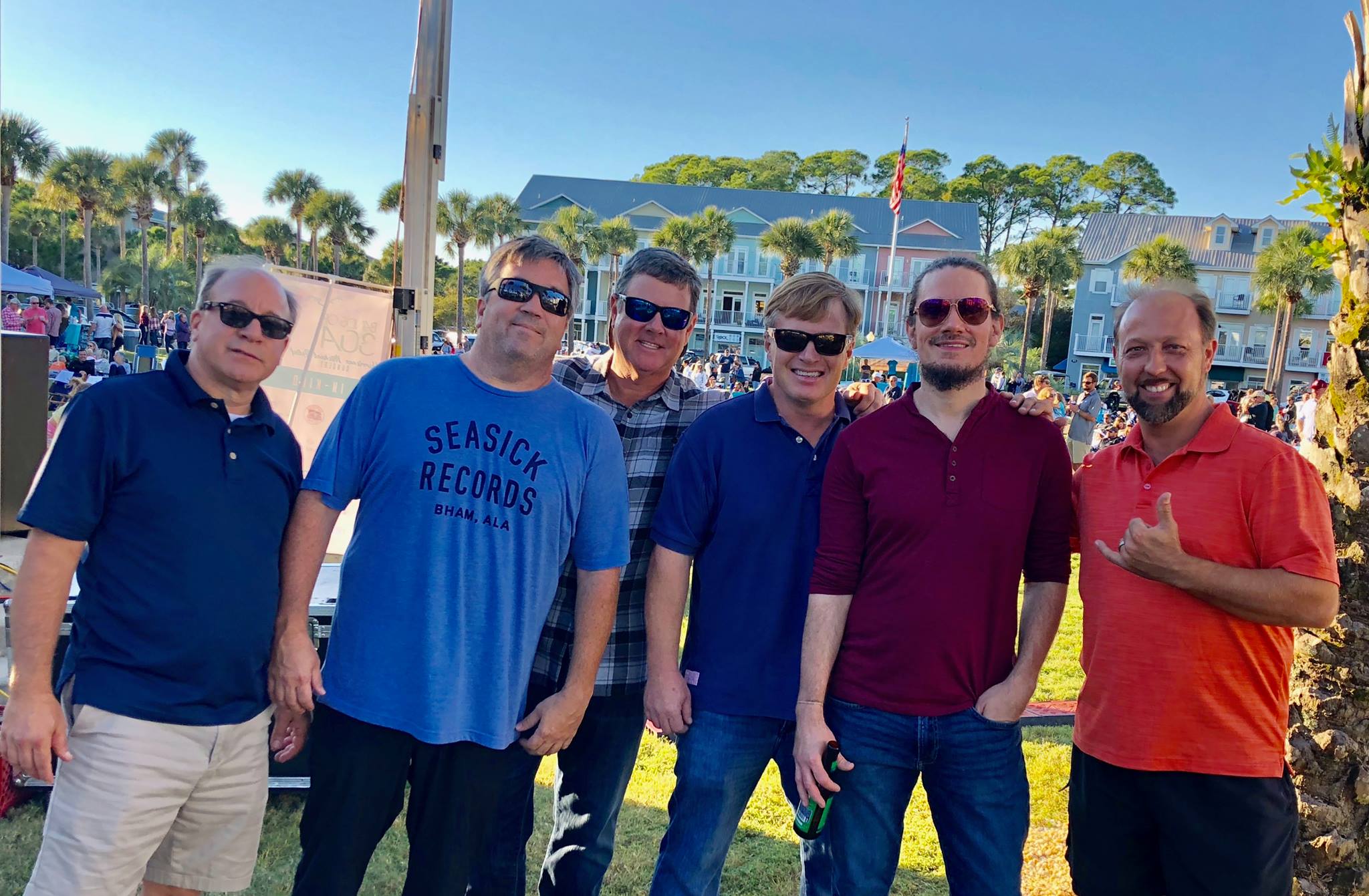 In the year 2000, percussionist Louie Antoon and lead guitarist Clayton Bonjean began the formation of what is now Cadillac Willy. It all started in Clayton Bonjean’s project studio. Bonjean and Antoon were honored to have Allman Brothers bassist Dave Goldflies sit in on the first recording sessions. Later, John David Sullivan moved to Destin and was asked to play rhythm guitar and sing. Drummer Josh Pace and bass player Patrick Wilson later joined the band and Cadillac Willy was ready for the road. In the spring of 2008, Cadillac Willy was without a lead singer, so Clayton, unbeknownst to the rest of the band put an ad in craigslist ( Louie loves to tell this story, ask him about it). At the same time Metz Barnes was perusing craigslist for a job and happened to find that same ad in the musician’s section. He and Clayton emailed back and forth for awhile and he finally sat in with the band at Hog’s Breath for the first time in July 2008. Things went pretty well and he’s been singing with them ever since. The drummer position has kind of been a revolving door, mostly manned by JP and Charles Pagano over the years, but recently has been filled by Shawn Shackleford who brings his wild style and many cymbals to the mix. John Mark Turner, a veteran of the road, fills in on lead guitar and bass when needed. When you need live music with heart and soul that makes you move your feet–call Cadillac Willy.