Concerts in the Village – Kickstand Jenny 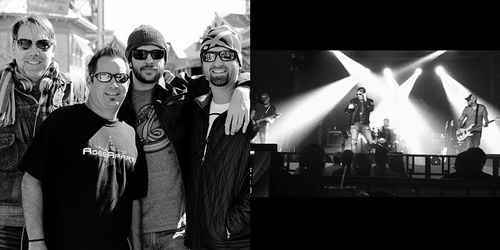 Kickstand Jenny is a 4 piece rock group with inspiration coming from all genres of music. From Van Halen to Prince, they have been inspired from all the good stuff, forming their diverse original music. Formed in 2015, Kickstand Jenny quickly gathered a following and knew they had something good going on. After a chance meeting with producer/songwriter, Chas Sandford, they were suddenly writing songs for an album. Within a few months, Kickstand Jenny was in Nashville recording their first CD, “Best of, Vol. 1”. The album has enjoyed success worldwide with multiple radio stations, i-Tunes and Spotify. Also winning multiple Beachcomber Music Awards including Song of the Year for “Why” and Album of the Year. The success of their music has allowed them to play with some of their idols, including Slaughter, Living Colour, Sebastian Bach, L.A. Guns and LIT. Kickstand Jenny is currently working on their next CD, slated to be released by the end of the year.